Belize is a small but unique and vibrant nation in Central America. Not only is it the youngest Central American nation, having achieved independence in 1981, but it is also the only English speaking nation in Central America. A former British colony, Belize currently boasts one of the richest cultural mixes in the region. This cultural diversity is equaled by a great geographical diversity with features ranging from enchanting offshore islands and the world’s second largest barrier reef to amazing cave systems and a plethora of wildlife. All together they have made Belize one of the premier destinations in the region for tourism, expatriate relocations, and investment in general.

Belize inherited the Westminster form of government along with the English system of Common Law from Great Britain. These have served the nation well, as it has been one of the most politically stable nations in Central America over the last 3 decades. The Belizean judicial system consists of magistrate courts for small claims and petty offences, the Belize Supreme Court for criminal and civil matters, and the Belize Court of Appeal for appeals from the Supreme Court. The Trinidad-based Caribbean Court of Justice serves as Belize’s final court for appeals.

The Belizean economy is small but diverse, ranging from agriculture, fishing and oil exploration and production to tourism, financial services and manufacturing. A well-educated English-speaking labour force with widespread fluency in Spanish makes the country well placed for the global service and information economy of the future. The nation is only now beginning to realize its great economic potential, and can most likely look forward to increasing rates of growth and living standards. 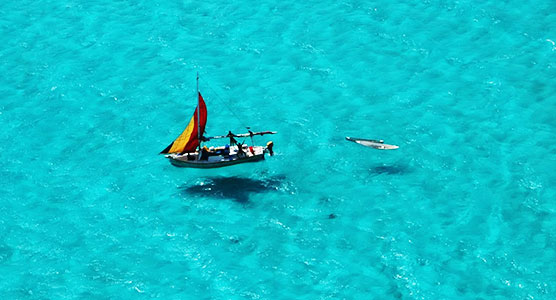